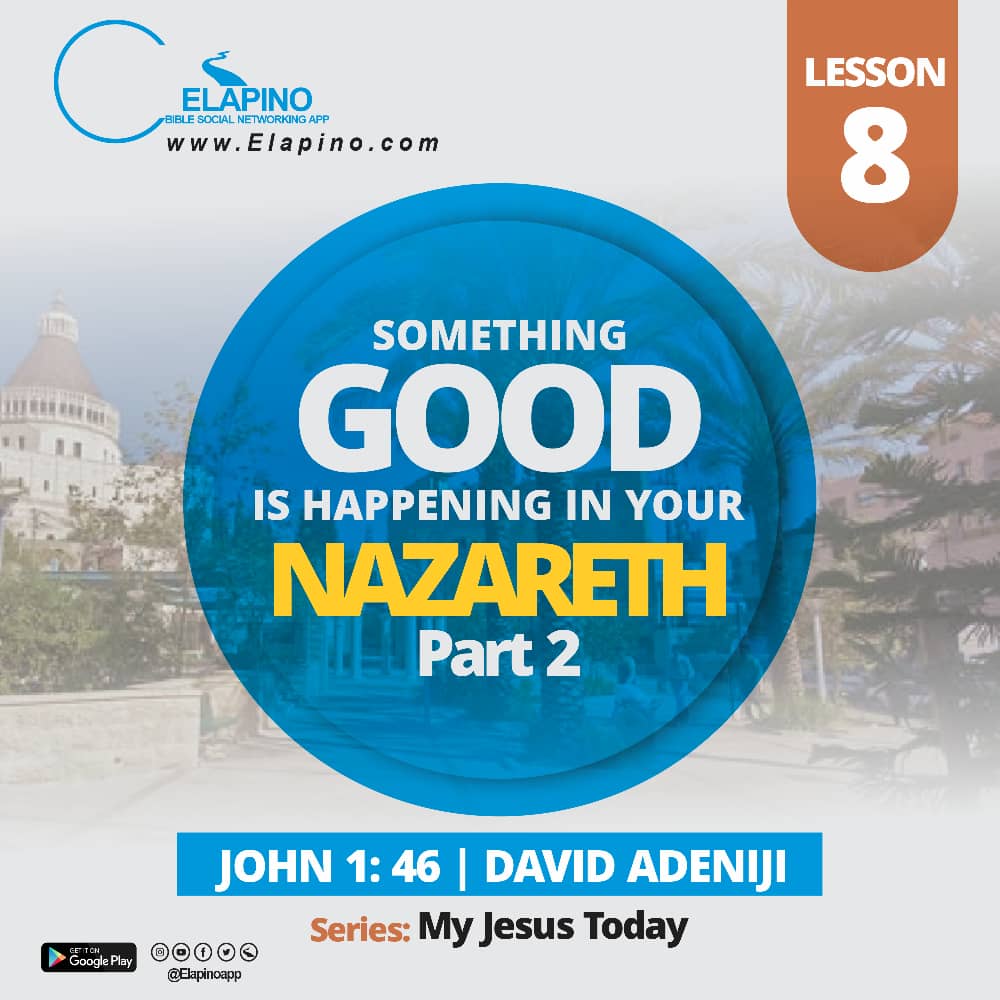 Pastor Thomas S. Monson wrote that as at that time when Jesus found Philip, “Sixty-three years had passed since Roman legions under Pompeii had conquered Palestine and taken Jerusalem. Roman soldiers armed to the teeth, we’re seen parading everywhere. The oppressive yoke of the Caesars was universally felt.”

So, let’s not blame Nathaniel, when he stated the obvious – “Can any good thing come out of Nazareth?”. Now, here’s the thing. When people condemn you, or write you off, don’t blame them or get angry, they are only stating the humanly obvious. Interestingly, those people may not not be evil. At least we see from Jesus’ response that Nathaniel was a good and upright man, a true Israelite – John 1:47. Bible says in Romans 3:3-4 – “For what if some did not believe? shall their unbelief make the faith of God without effect? God forbid, let God be true, but every man a liar”. That’s it!

I’ve been trying to jump into the first miracle – the water-to-wine miracle – of Jesus in the next chapter (John 2), but I just don’t want us to skip any of the moments preceding that miracle (John 1:35-51). See, People’s response to your happiness is a reflection of what’s going on in their lives and not yours, so never allow their comments tip you off balance. Nathaniel’s pessimistic approach to Philip’s newly found enthusiasm, was because Nazareth was despised desolate, war ravaged and under seige.

So really, can anything good naturally come out of such a place? No, But our God is Supernatural! Sometimes, the people who criticize you need help too. Just laugh it off, be joyous, and never lose focus. But always do this: Tell them to ‘Come and See’ Jesus. Use the same words of Jesus, that’s what Philip did – Come and See the one who makes all things good in it’s time. He’s started in my life, He can fix you too. Hallelujah!

Listen To The Full Clip