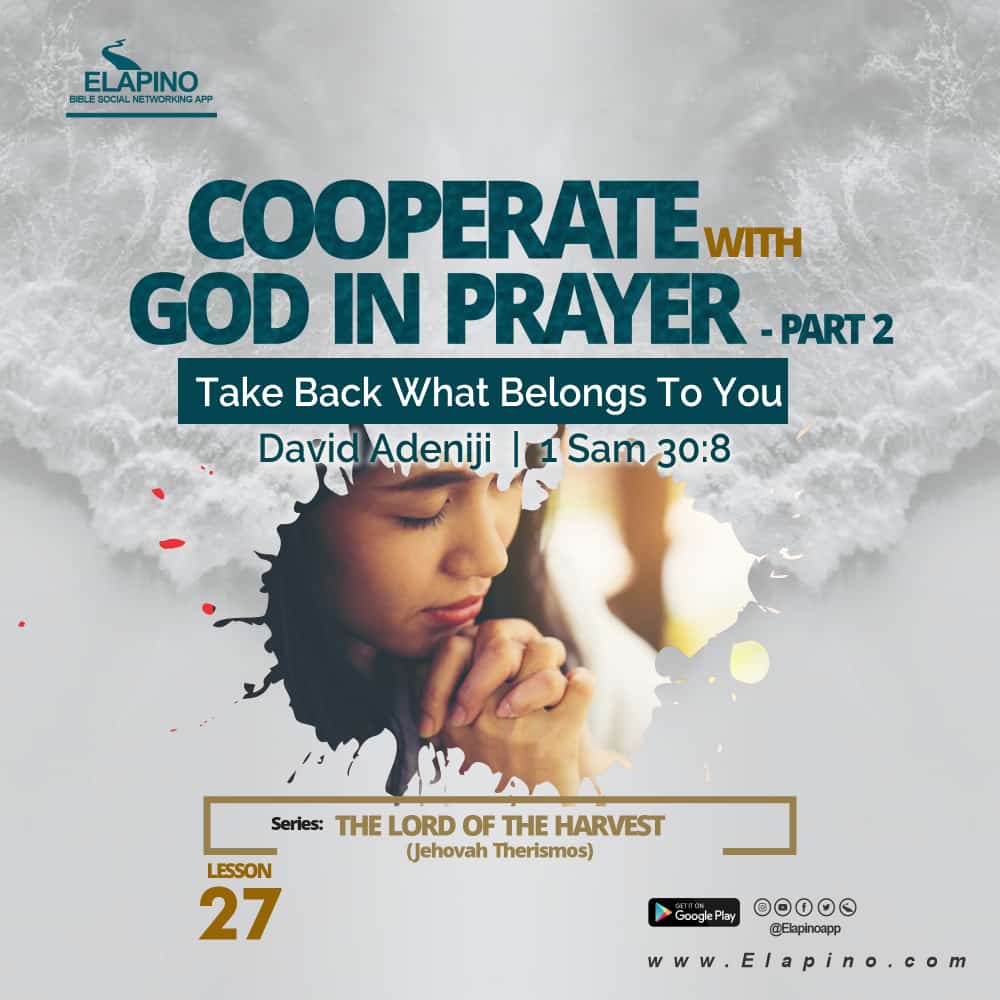 Decades ago, Just few weeks to our final High school exams, someone stole my science notes. These notes were a reference point for many other classmates, because I happened to be the best student in class. I was just newly saved, but I knew something wasn’t right. So I went to God in prayer for three days. On the third day, I wrestled with a classmate in my dream.

He wouldn’t let go of my notes. I couldn’t see his face, but I won the contest, I snatched back the notes from him, but they were rumppled. As I stepped into class that morning, and bowed my head at my desk to pray, I felt someone step up and dropped my stolen notes and left….I raised up my head, and saw the notes…and they were indeed rumpled! We wrote the exams and I came tops. Here’s why this was a victory. I would have gone into that examination as the best student who failed the exams. And perhaps my career trajectory would have been altered for life.

I strongly believe we might have left the enemy to take territories in our lives for too long. We might have stayed ignorantly on one spot for too long (Deut 1:6). We need to begin to coperate with God in prayer to take those territories back. When you notice something that once gave you joy and excitement now begins to cause you pain or discontent, then you know it’s time to pray. This is the victory David claimed in 1 Sam 30 when he stopped wasting time, prayed and snatched back his belongings from the enemy.

Your marriage was once blissful, but it’s not cold. You were once healthy, but now you nurse one ailment. Once financially bouyant, but now being broke! You once had peace of mind, but now, that is being replaced with occasional heartaches. I think we should stop explaining away our victory in Christ Jesus and subscribing to the world’s explanation for sickness, depression, and lack.

No matter what, we operate from a higher realm – far above principalities and powers – Eph 1:21. Get angry, grab Satan’s head in prayer (Luke 10:18), and snatch back your life, because you’ve already got the power to do so, in Like 10:1k. Stop taking things for granted and stop waiting for matters to degenerate before you pull up your battle axe. Wake up, Pray now, and receive your victory, in Jesus Name.

Listen To The Full Clip