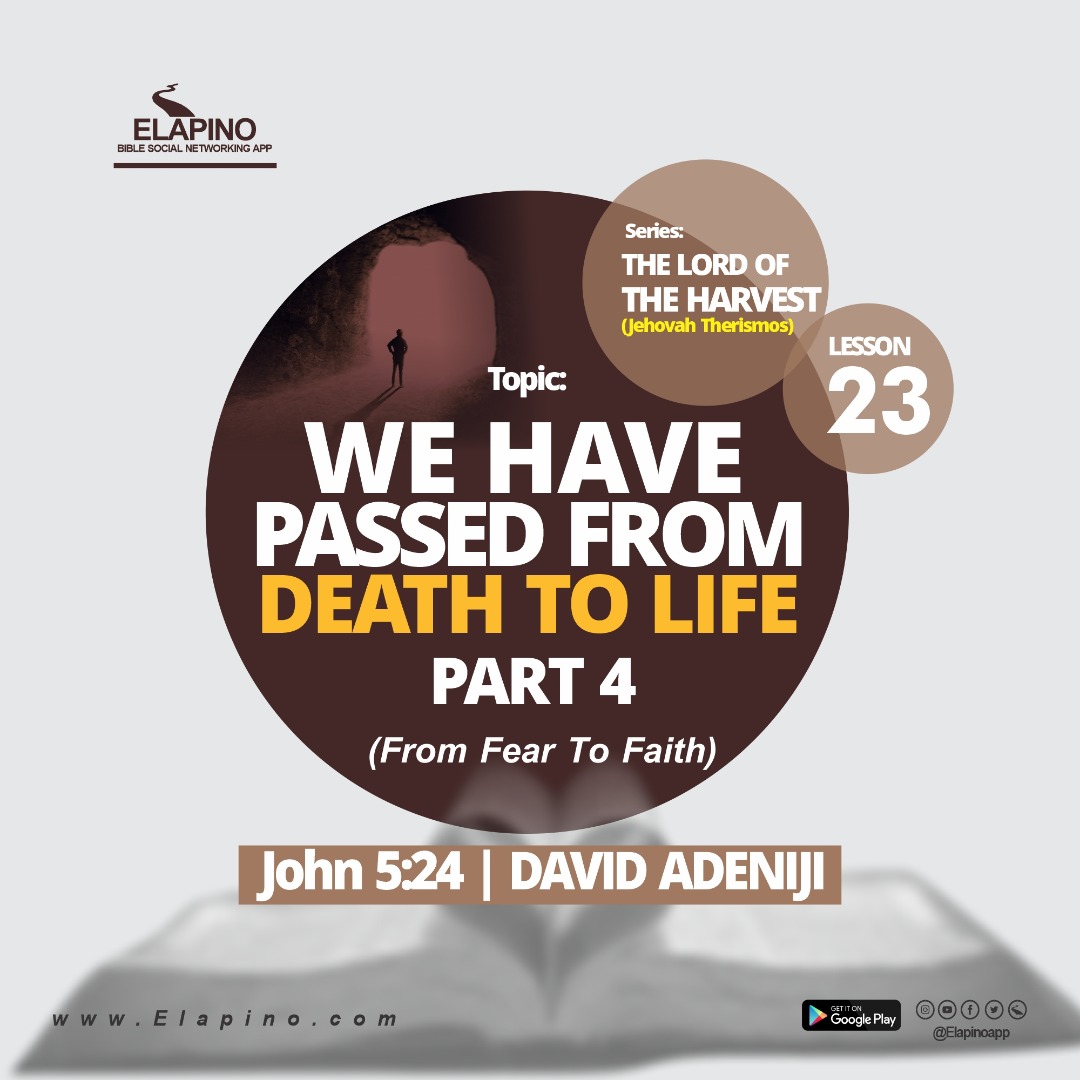 Recently in some parts of our country, we hear of terrorist attacks against security formations. Against police stations and army barracks. That’s always the enemy’s strategy, “Attack their places stronghold and their anchors of hope. Weaken them with the fear of the unknown, before you finally attack them.” His strategy is already uncovered. It’s Fear! But Hallelujah, Jesus has conquered all.

Fear worsens an already bad situation. Think of the worst possible scenario of whatever situation your in right now. Then smile and tell yourself, Jesus has conquered that. Faith will rise in you at once! Hallelujah! Fear is the enemy’s most lethal weapon against God’s children. He knows he can’t hurt you except you have already become vulnerable. He attacks your faith by threatening your peace. Sometimes he threatens you with death. He then also shows you a list of people whom you know, that he has cut short.

Get off my face devil, I have passed from death to life (John 5:24)! “God has not given me a spirit of fear, He gave me that of power and love instead (2 Tim 1:7), so get thee behind me, in Jesus Name.” Rehearse that always, it’s your spontaneous response to his vain threats.

He’s a Liar! He claims false responsibility over every believer who seem to have suffered a wound. He says, “I brought them down”, and I’m coming for you, I’m still roaring like a lion, looking for the next victim. SHUT HIM UP! JESUS has shut him up on your behalf. He shuts him up everyday – “These ones are mine. I died for them, so death has been vanquished in victory.” Hallelujah

Listen to The Full Clip: