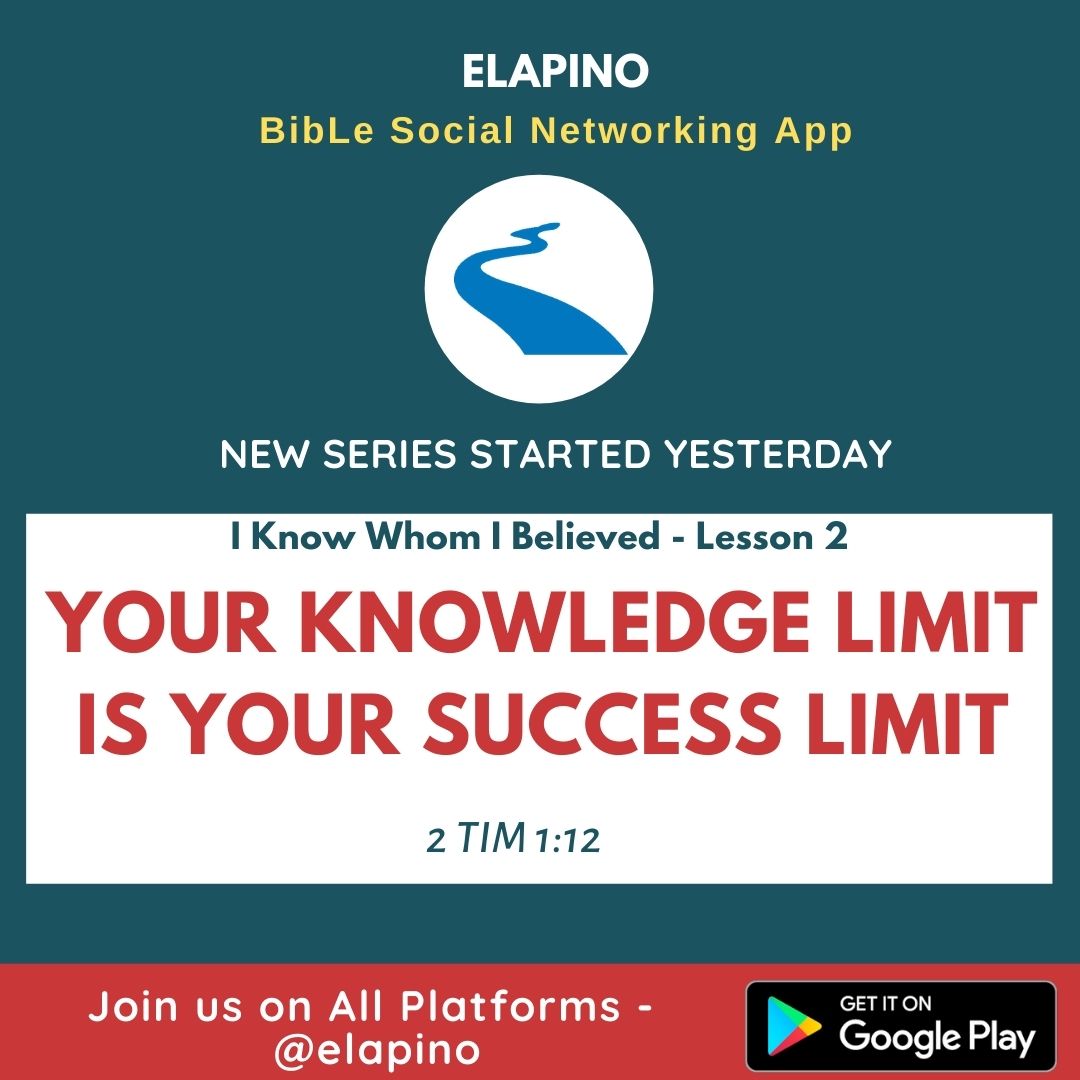 Courtship is a period when you get to know your partner. You both share and understand your strengths and weaknesses and plan with that for a lifetime relationship. Marriage consequently is also a lifetime of continuously knowing the one you married. People change as they grow. And so, the moment you stop knowing more of your partner, you start having problems.

In Genesis 4:1 and 4:25, Bible says Adam ‘Knew’ His wife. Even though, the Hebrew word, – ‘Yada’ – translated ‘Know’ (or ‘Know) is not limited to sexual relationship. The bible compared that deepest form of bonding between man and wife, as Knowledge. It shows you that relationship is rooted in knowledge. The more you know, the more you love – I know whom I believed.

In Phil 3:10, we see the Greek equivalent of that word ‘Know’, used in Gen 4:1 to describe the deepest bonding between man and woman. It also describes our Knowledge of God – That I may ‘KNOW’ Him (Phil 3:10), Hallelujah. So, when we say, we know whom we believed, it’s no Joke brethren, He’s inviting us to a relationship, so deep, rooted in absolute knowledge of the one we’re in love with – God himself! Again, Hallelujah!

Now, don’t just proclaim you know God, practice it, by seeking to know more, because the limit of your knowledge of God in a certain area of your life, is the limit of your success in that area. It’s the reason nations spy their enemies when there’s war, so they KNOW their weaknesses. It’s called espionage.

It shows you that the enemy can use that same strategy against us, but it won’t work, because we know whom we believed – a superior ally. Ask Daniel in Dan 6:4; 10-11; 20-22, and he’ll tell you, that’s the reason he prayed 3 times daily, facing GOD (Jerusalem, where the Holy temple is). No wonder, the lions became his companions – Because he knew whom he believed.