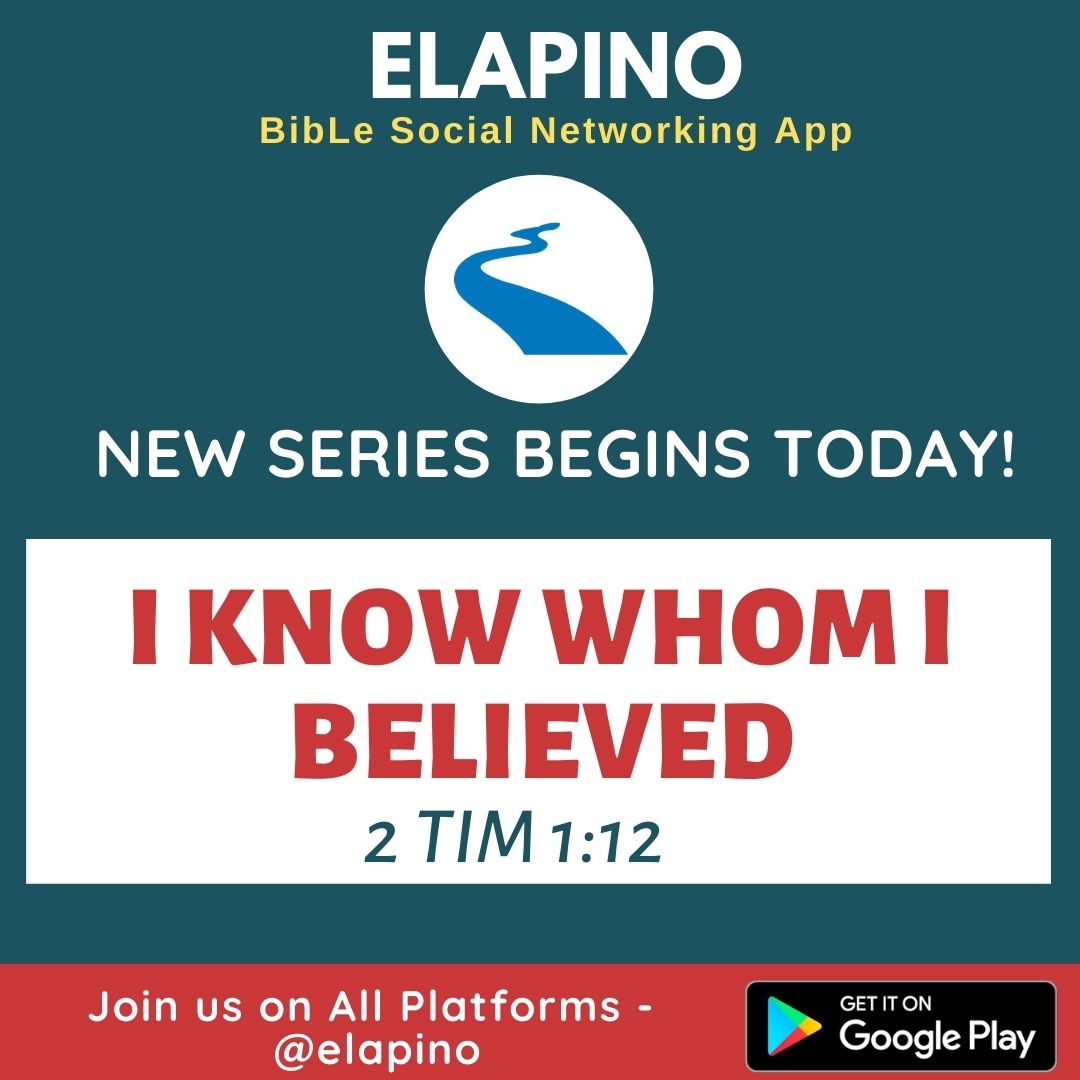 Can anyone talk you into believing what you have seen is not real, or that what you have handled yourself, doesn’t exist? It’s almost impossible to deceive a woman who just put to bed that she bore no baby? Even if she was sedated during delivery, at least she now sees that her once protruded belly has now gone flat. These things are very real to the people involved, yet our God is realer than that, even if we do not see him physically.

In this new series, I want to make God realer than He has He has ever been, to you. Because, it’s only those who know their God that will be strong and do exploits (Dan 11:32). 1 John 1:1 opens our discussion by showing us that God’s word, the word of life is so real, you do not only see or hear it, you can handle it.

Our anchor scripture for this series is 1 Timothy 1:12. Apostle Paul was so persuaded about God’s nature that he’s ready to suffer for His sake, because he knew whom he believed.

Do you know whom you believed? Many people’s faith is like the band wagon kind of religion. “Christianity is in Vogue, it’s cool to be a Christian, so I’m a Christian”. When they fill forms, they choose Christianity as religion. That’s all. You ask them , are you born again? They say ‘Yes’. But then when you test to see how much of God they carry, they go flat. You can claim to believe God and yet do not know him. And don’t be received, you can’t love the God you don’t know. Knowing and loving God is a calling we all have in common. It’s a lifetime calling…. “That I may know Him…” Phil 3:10

And it pays to Know God, to know whom you believed. Shadrach, Meshach and Abednego knew whom they believed, to the very point, they chose to be roasted rather than bow to idols. God is invisible to the physical eye, but these boys knew that the one they believed, so much that he showed up physically as the 4th person in the fire. They walked out unhurt. That’s what happens when you do not only believe, but you know the one you believe! From today, seek to know more of the God you believed, and He’ll always show up for you more than you expect, in Jesus name. Amen.