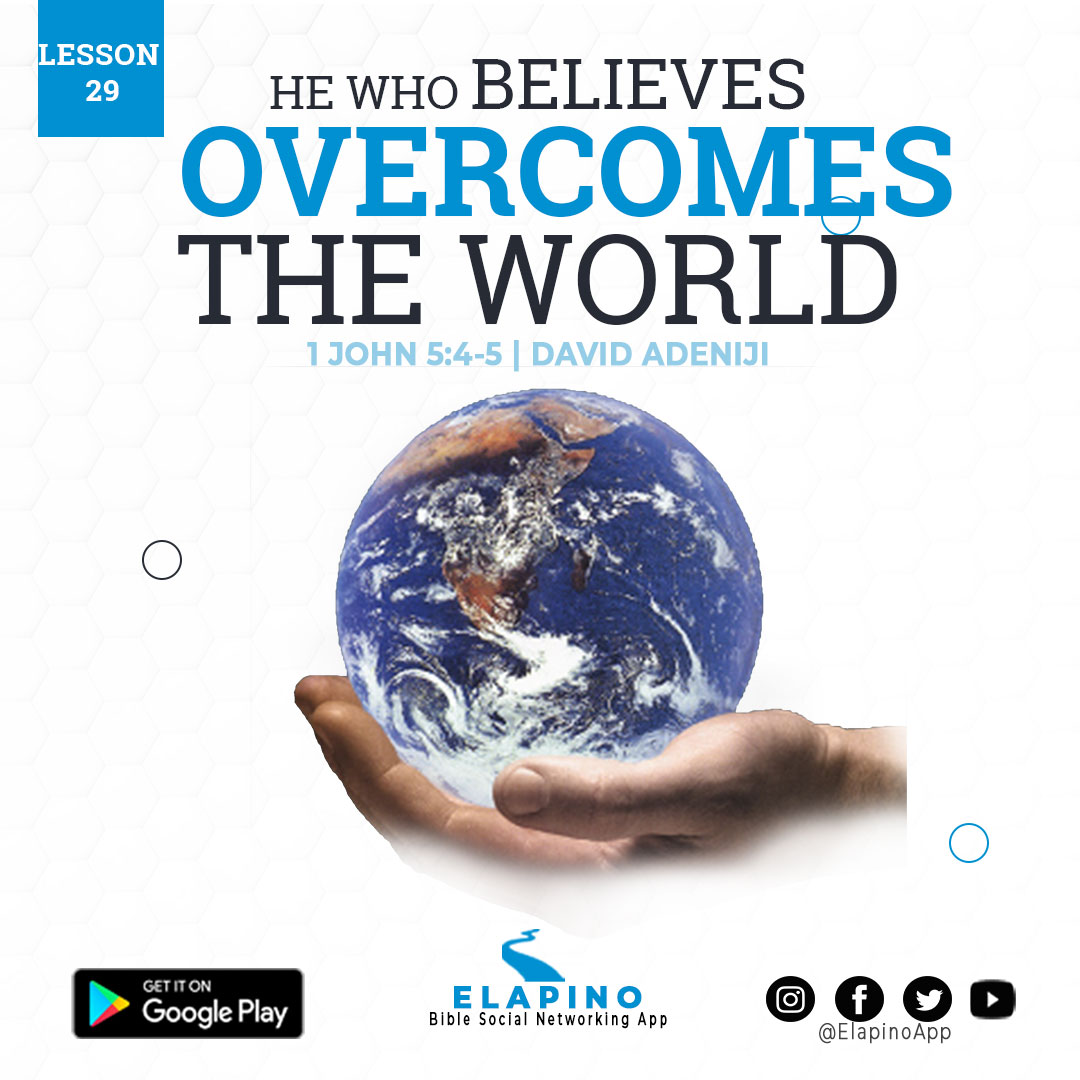 Many thanks for joining the class once again. This is the 29th lesson in the series – Come, Drink – If any man thirsts, let him come unto me and Drink – John 7:37

And we have been talking about drinking water right from the beginning of the series, up till the 25th lesson. Then we decided to take a look at the twin part of that same statement in John 7:37-38

John 7:37 says, in the last day, the great day of the feast, the Lord Jesus stood up and cried saying, if any man thirst let him come unto me and drink. We have really drawn virtue and function from that statement all along.

Then in verse 38 of that same John 7, he said, He that believes in me, out of his bellies shall flow rivers of living water. So, we immediately started looking at the other occurrences of that statement.

He that believeth, In John 4:14, He had said that everyone who drinks of the water he has will never thirst again. Let’s quickly flip over to John 4:14. It has been interesting since we started this sub-series, talking about those that believe.

But in this class we’re saying, He that believes in me, HAS OVERCOME THE WORLD.

[5]Who is he that overcometh the world, but he that believeth that Jesus is the Son of God?

If you believe that Jesus is the son of God, you have overcome the world. Not that you will overcome, you have already overcome. We are in a battle that is already biased on our behalf. We are fighting a battle whose outcome is already determined. Bible says, he that believes, overcomes the world.

He that believes overcomes the world.

Please take a look very quickly at 1 Pet 2:6. He has made everything available for us. Our study is in-depth because we want to milk his word as much as we can

1 Peter 2:6
[6]Wherefore also it is contained in the scripture, Behold, I lay in Zion a chief cornerstone, elect, precious: and he that believeth on him shall not be confounded.

The living Bible says, he that BELIEVETH shall not be disappointed. The Bible says in Psalms 34 that they looked into him and they were lightened and their faces were not put to shame. This tells you that our faith has delivered to us what we need to overcome in any situation. You know we are overcomers. We have overcome the world. Greater is he that is in us than he that is in the world – 1 John 4:4

QUESTION: DO YOU BELIEVE?

Looks simple, right? But do you really believe that you have overcome the world? Because he says here in that 1 Pet 2:6, which we just read, that those who believe in him WILL NOT BE DISAPPOINTED – Living Bible

Whatever is looking like a form of disappointment on your way, the Bible says, he that believes shall not be ashamed. That’s how the message Bible Puts it.

So Disappointment or shame is never your portion. He that believes! You just need to stand your ground and dig into God’s work and stand on what it says, even where you aren’t seeing it yet.

Remember Martha in John 11:21-22. Martha has not overcome her doubt completely, but she declared the little she had. Remember Bible says with faith as small as a grain of mustard, you will command mountains to move into the sea and they will obey you – Matt 17:20

Martha said unto Jesus, Lord, if thou had been here, my brother would have lived. Verse 22 says, BUT I KNOW, that whatever you ask of God, He will do it.

That statement – BUT I KNOW, invoked the power of faith. That confidence and assurance, swung Jesus into DECREEING in the next verse that “YOUR BROTHER SHALL RISE AGAIN”

In verse 24, she diminished in her faith, but thank God , the Lord Jesus brought her out of that.

I’m telling you today in this class, that if you can just stand in the world and proclaim that “I KNOW” That in this situation you will come through for me, then God Himself will respect his word and reply by saying that which you have asked “IS DONE”.

When we do so, pls don’t allow the devil to come then, and diminish your faith through doubt, just like Martha did in John 11:24. Jesus told Martha, your brother will rise now, and not until the last day of resurrection. Because I am that resurrection and the life.

So, there you have it, He that believes overcomes the world. You have overcome Jesus Name.

We mustn’t end this without welcoming you to Jesus, because to overcome, you must believe. You must believe with your heart and confess with your mouth that Jesus is Lord, and you shall be saved – (Rom 10:10). That’s when you’re guaranteed to overcome it.

Say Lord Jesus, I believe in Jesus, I repent of my sins and forsake them. I Confess and accept him as my Lord and Saviour. Thank you for saving me. In Jesus Name. Amen.

Congratulations. Welcome into God’s kingdom. And until next time, when we continue, by God’s grace, Bye for now. Amen.